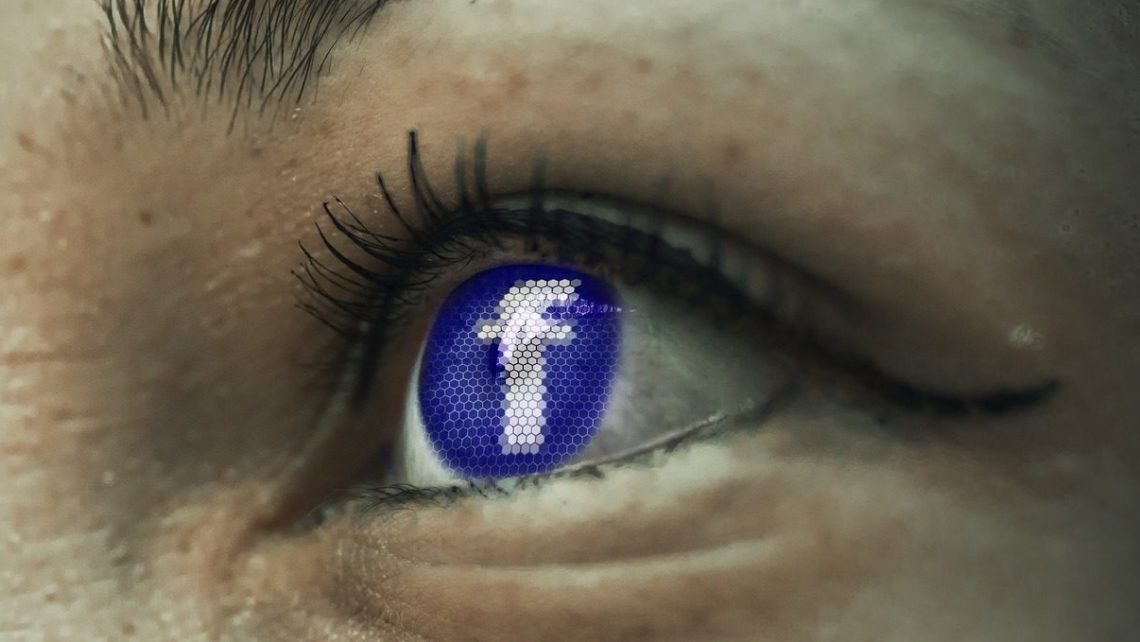 After 4 months of newspaper front pages, TV discussions, announcements, testimony, congress inquiries and investigations, the Cambridge Analytica scandal has been probably the hottest topic of 2018.

It opened up conversations around data, discussions about privacy but most of all it opened up the eyes of the 4 billion people who use internet every day. Congressmen are still trying to get to the bottom of this and create regulations accordingly. But do we know what really happened?

Despite political orientations, ideas and schools of thoughts, let’s try to collect all the facts and understand what really went down here. The main goal is to look at it solely from a marketing standpoint, by doing a retrospective analysis after these turbulent past 4 months full of fake news.

The Facts in a Timeline

In this section we will report the facts as they happened:

In April 2010, Facebook announced the launch of a platform called Open Graph to third-party apps. This update, through an API, allowed external developers to reach out to Facebook users and request permission to access a large chunk of their personal data — and, crucially, to access their Facebook friends’ personal data too. If accepted, these apps would then have access to a user’s name, gender, location, birthday, education, political preferences, relationship status, religious views, online chat status and more. In fact, with additional permissions, external sites could also gain access to a person’s private messages.

Almost 300,000 users were thought to have been paid to take the psychological test — with the app then harvesting their personal data. It also gathered data from their Facebook friends, which reportedly resulted in Kogan having access to the data of millions of Facebook profiles.

In late 2015, The Guardian reported that Cambridge Analytica was helping Ted Cruz’s presidential campaign. The report suggested the Republican candidate was using psychological data based on research spanning tens of millions of Facebook users in an attempt to gain an advantage over his political rivals — including Donald Trump. In response to the story, Facebook said that when it learned about the data leaks, it sought to ban Kogan’s app and legally pressured both Kogan and Cambridge Analytica to remove all of the data they had improperly acquired. The social media giant claims both Kogan and the London-based elections consultancy firm certified that the data had been deleted.

Ahead of the U.S. presidential election, Trump’s campaign team began investing heavily in Facebook ads. The move involved the help of Cambridge Analytica and — during an undercover sting operation — the company’s managing director, Mark Turnbull, told Britain’s Channel 4 News that the firm was responsible for the “Defeat Crooked Hilary” video campaign on Facebook.

In an explosive expose published in mid-March, The Guardian and The New York Times initially reported that 50 million Facebook profiles were harvested for Cambridge Analytica in a major data scandal. This number was later revised to as many as 87 million Facebook profiles. The articles outlined how the data of millions of Facebook users ended up being given to Cambridge Analytica.

Whistleblower Christopher Wylie and a co-founder of the political data analytics firm revealed the alleged practices to both newspapers. Wylie claimed the data sold to Cambridge Analytica was then used to develop “psychographic” profiles of people and deliver pro-Trump material to them online.

Cambridge Analytica has since denied any of Kogan’s data was used in connection to the Trump campaign. Authorities are still investigating.

Facebook’s CEO breaks the silence and publicly apologizes to the whole world. He talks about a breach of data and most of all a “breach of trust” and he does it in the most open way, by writing a post on his social network and buying full pages on the major newspapers in both the US and UK.

Mark Zuckerberg appears in front of the United States congress and gets grilled with countless questions. Some more insightful than others.

Even though some of the latest facts were much more clear than the other ones, it is interesting to see how we got there in the first place. The hashtag #deletefacebook has started to appear all over the web and for some people it felt like it was almost a rebellion and liberation of this rage. “Facebook is rigged”, “They are manipulative”, “I will never use Facebook again”. These were some of the nicest comments that we saw appearing online, and funny enough most of them were appearing on Facebook.

But instead of following the mass let’s look at this from a marketing standpoint.

I have to be honest (and this is my personal take on it), when I heard about the scandal in the first place, my initial reaction was a shrug, and a couple of words of discontent but I thought to myself “well, we knew this was coming”. Chances are that if you work in media and you know the logic of digital marketing associated with data targeting, this doesn’t come as a surprise at all. I read a few articles from hotshot digital marketers and their expression was: “what’s the big news here, we do these things all the time”. On a daily basis, user data is used in this way to be more targeted with our ads. We do it to sell shoes, to get users to subscribe to a music service or to get them to book a hotel room. The real problem here is that these tactics and strategies were used for political purposes and they may have changed the world and the course of history.

I know that this statement might sound outrageous. Who’s smarter on the planet than the inventors of these tech giants? I’m not talking about the people working in these companies but I’m talking about the logic through which communication is diffused.

Let’s take Facebook for example. Do you know why some of your posts get seen by 500 people and you might get 100 likes and some other ones are seen by 50 people getting 15 likes? The reach of your activity on FB is dictated by an algorithm called “EdgeRank” which takes into account 3 main factors. In reality, EdgeRank takes into consideration 100,000 variables, but they are all in these 3 main categories:

So, even though the algorithms that Facebook had in place made sense for regular users rewarding posts based on the aforementioned variables, it might need to change during times of political campaign.

Lesson #3: DATA IS THE NEW OIL

With the same logic described earlier, CA used that data in their advantage. The type of communication that Donald Trump carried out throughout his campaign was prone to receive reactions by the general audience. A lot of people were sharing his videos (either because they wanted to spread his ideology or simply to mock him), a lot of people were commenting, liking, disliking, being angry, laughing, loving it,️ etc. So at the end of the story, his message and his communication had a much higher reach than what Hilary ever had.

There you have a perfect user profile with information about what they think about Trump. So if a user that was already profiled reacted positively to Donald Trumps’s posts, that means that it’s a VOTE for the Republicans, but on the contrary, if a user reacts negatively to a post it means that that is not a vote and we need to win that guy over.

This logic, coupled with other data attributes around location, friends affinity with the VOTE or with the NON VOTE, age etc. provided a targeting opportunity for Cambridge Analytica to micro-segment the markets into small audiences and personalize the ads and communications based on those attributes.

What is going to happen now?

This is a huge exclamation mark. I don’t believe anyone has a clear idea at this point. In a way, it happened the same phenomenon that happened in early 2000, when internet was becoming a thing but there were no regulations whatsoever. Politicians and governments will try to regulate the data industry and put some rigor into it. But is that going to be enough? And are congressmen and politicians the right people to do it? Probably companies in the likes of Facebook, Google, Amazon etc. would be the best individuals to create a regulated data marketplace, but even here, there’s going to be a conflict of interest because whatever decisions are taken, will undoubtedly impact their business model and their revenue figures.

Talking about revenue figures, yesterday on July 26th, Facebook posted the quarterly financial report, and the stock prices tumbled by a good 20%, burning $119 billion in market capitalization in 1 day only. The biggest loss in the history of Wall Street in 24 hours. The platform is changing and their higher attention for data protection and privacy resulted in a huge revenue hit for the Menlo Park-based company.

The other day Google CEO woke up with a very nice $5 billion fine issued by European antitrust for the dominance of Android and data acquisition in the old continent.

So, things are happening, authorities are getting involved in tech conversations more and more and the data monopolization process seems to have changed. Organizations are trying to give users back the control of their information and provide them more options to be on top of what we are sharing with the online world. However, the biggest issue still remains data ownership. Who’s going to be owning the user information?

And who, ethically speaking, has the rights to do so? Would we be better off if our data would be owned by the government rather than Google or Facebook? Do we want to use new technologies, such as blockchain, for data “storage”? And how safe are we going to be? These are questions that will need to be answered in the future by the smartest people on the planet, and I think we will come to a solution, but for sure it’ll take time and it won’t be for a few more years.

What does it mean for us Marketers?

It’s really hard to say at this point in time. Ad platforms will become more regulated for sure, and with more regulation usually comes more bureaucracy and paperwork. Comms personalization could technically become harder, and we would need to find new innovative ways to really stand out from the mass. But for sure, if you take away power from media, creative excellence will become even more important.

with the contribution of Jacopo Chirici